The Knockout Room® is an online health platform that provides moms of preteen girls with the tools and resources to establish healthy habits with respect to food and exercise, a strong sense of self, and a healthy body image. Our mission is to bring a sustainable healthy lifestyle and strong sense of self to every girl and woman in the world. We’re changing the narrative in the fitness and health industry, and reshaping how humanity views girls’ and women’s bodies, by dismantling the narrow view of what constitutes a ‘knockout’.

Demi Dee is a certified Canadian fitness trainer and holistic health coach, and the Founder and CEO of The Knockout Room®. She is a transformational leader focused on transformational learning, human potential and women’s empowerment. Through her coaching and facilitation training in feminine power principles and frameworks, she has delved into the common inner barriers that keep girls and women from reaching their potential.

Demi is the creator of The Knockout Protocol: Raising Your Superhero Tween to Love Herself and Her Body, her signature health program for moms and their preteen daughters. 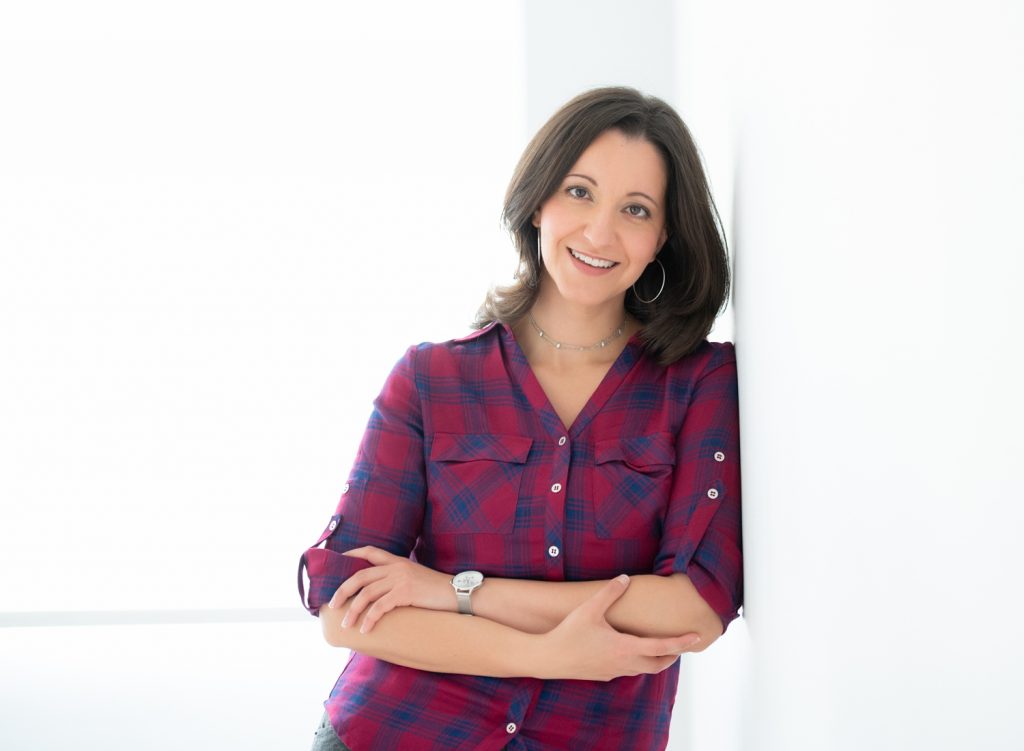 Fun Fact: In Greek mythology, Demeter is the goddess of the harvest, agriculture, fertility and sacred law.

The current landscape of the fitness and health industry is saturated with advertisements promising quick results, influencers endorsing products with dangerous side effects, and impressionable young girls eagerly emulating said influencers. We’re changing the narrative in the fitness and health industry and reshaping how humanity views girls’ and women’s bodies by dismantling the narrow view of what constitutes a ‘knockout’.

In late 2013, Demi Dee served as a primary caregiver for her terminally ill family member. Her own health declined while serving in this role, as she often put herself last and constantly wondered whether she was doing enough. The experience taught her to prioritize her own needs and health above other commitments as this was the best and most sustainable way to serve her family and community. Demi scoured the Internet for fitness and nutrition information and was left overwhelmed by the confusing and often contradictory “facts”.

In May 2015, Demi founded The Knockout Room® in Copenhagen, Denmark, while completing her Master of Business Administration. She then became a certified fitness trainer and health coach to ensure she was armed with accurate information. Demi was her own first client, losing 30 pounds by applying what she’d learned in training. Initially, Demi offered at-home fitness training for women. She realized that many women struggled to start a fitness regime or if they started at all, they would stop shortly thereafter. Demi acknowledged the ongoing pressure that young girls and women alike face to look and behave a certain way. She also recognized the enduring narrative in the media depicting exercise as a chore, a burden, and a punishment. It was clear that a well-crafted fitness and nutrition plan wouldn’t yield results without addressing the mental hurdles first.

Demi took her business online and focused her attention on tween girls who are most vulnerable to external pressures as they face physical and hormonal changes and begin forming opinions about food, exercise, and themselves. Demi also addressed the media’s negative depiction of health and exercise by combining health coaching with her love of entertainment. The result was her signature program The Knockout Protocol: Raising Your Superhero Tween to Love Herself and Her Body. In both business and health, the day you plant the seed is not the day that you eat the fruit. The Knockout Protocol enables moms of preteen girls to “plant the seeds” of healthy boundaries and attitudes about self-worth, body image, food, and exercise.

Our Philosophy and Core Values

Aim for Simplicity: We go back to basics.

Focus on Impact: We solve the most important issues.

Achieve Sustainability: We work smartly and strive for long-lasting results.

Act with Integrity: We’re honest and accountable for our actions.

Promote Fun: We blend entertainment into everything we do.

in boxing, an act of knocking someone out, denoting success

an extremely impressive or attractive thing or person

to destroy or eliminate something or stop it working

“She knocked out the negative thoughts that weighed her down.”

“She knocked out the toxins and unhealthy foods from her daily diet.”

Our Board of Advisors